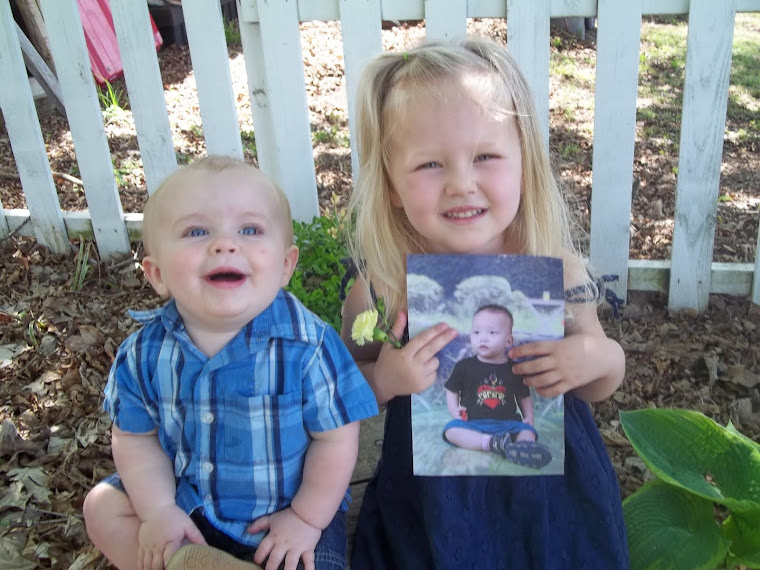 In several posts, I have mentioned our friends the Palmbergs (Erik, Susan, Gabriel and their lovely new daughter Liana). Tonight their daughter went to the hospital (after visiting the Western doctor used by Holt) and is being considered for surgery for an infection. She was released tonight with strong antibiotics, with the understanding that if she does not get better (fever breaks and infection breaks up) she will be be admitted, undergo surgery and have to stay in the hospital (after surgery) for three to five days before returning to the United States. Please pray that her health improves and that the Lord reaches down and heals her little body. She is such an amazing girl and has been blessed with a phenomenal family. I know the Lord has a blessing in store for them and I know that there is power in prayer. Please offer your prayers up for a speedy healing!!! 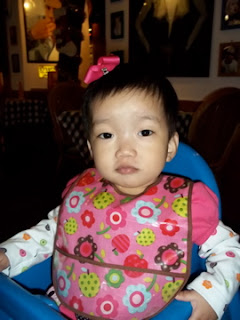 Today we visited the Safari Park in Guangzhou. It was amazing!!! We spent six hours walking through the zoo and didn't cover all of the animals- it's THAT large. We enjoyed getting to see the twelve pandas the park has, giraffes, tigers, flamingos, elephants, etc. Jesiah had the opportunity to feed the giraffes and the elephants. So cool. This park definitely beats any other park I've been too. It's the largest park in Asia.

Jesiah, for the first time, called me "mama" today. My heart sang. He also pointed to himself and said "Jesiah".  He is learning so much and adapting so quickly. He really is such an inspiration, although I know I always say that. I don't think I would adapt to ever changing surroundings as well as he has. Jesiah is truly an instrument in God's hands that has, and will continue to forever change our family. I'm so excited to bring him home so he can smile for you in person!!!! It's starting to feel as though we have had Jesiah for much longer than week; it's starting to feel more natural to wake up with him as our son. Such an amazing feeling! Praise God! 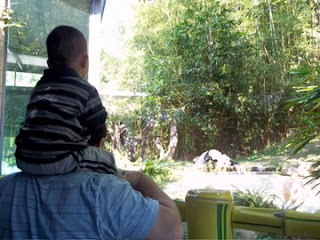 Jesiah is obsessed with the pandas (pictured in the far background). 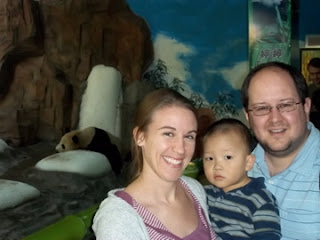 He was getting mad that he was having to pose for pictures in the opposite direction of the pandas. 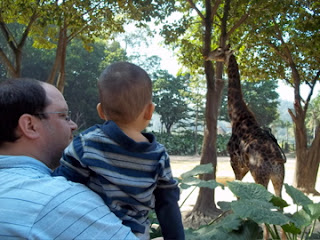 He was amazed by the giraffes. 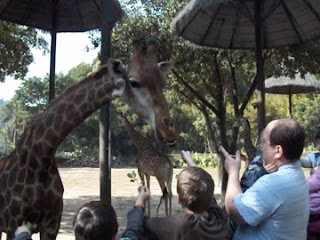 The remnants of the leaves Jesiah fed to the giraffe. He liked his hand and it scared him :). 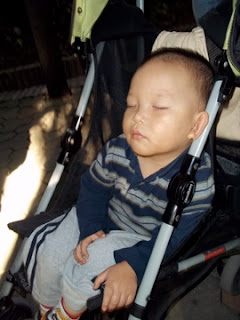 Conked out after a long day! 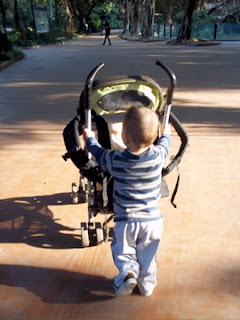 He woke up enough to help us push the stoller to the exit!

Tax Deductible Donations: Donations can be made to Saints Haven, 29204 E. Hunter Rd. Sibley, MO 64088 (Please put Sherer family adoption on memo line)
Donations can also be sent to our agency directly: Holt International, P.O. Box 2880, 1195 City View | Eugene, OR 97402
Please write: Michelle and Nathan Sherer adoption on memo line
We also have a paypal account sent up. Donations can be made with credit, debit, or e check.
If you would like to send us a check directly: Michelle and Nathan Sherer, 1820 N. Ashley Drive, Independence, MO, 64058
Please write: Sherer adoption fund on memo line
Thank you!!!